I did the basic research for this blog series a couple of years ago. Then, as usual, flitted along to the next thing that caught my interest. Now I’m trying to flesh the cases out and present to you my justification for not being a fan of walking along the canal on dark and lonely nights… For more canal deaths, check out the master post.

“A person of the name of Meredith Arthur, who resided near Brecon, and who, by his penurious mode of living, had acquired a small property, attended the sale of some estates at the Lion Inn on Saturday last: he had purchased one lot, but having drank too freely, and his road home being by the canal, he fell into it, and was drowned. What is a little extraordinary, when he was first discovered, he was found standing nearly upright in the water, with his hat on his head and his staff in his hand. An inquest was held on the body on Monday, and the jury returned a verdict of accidental death. This is the second fatal accident which has happened on this canal within the last twelve months through inebriety.” 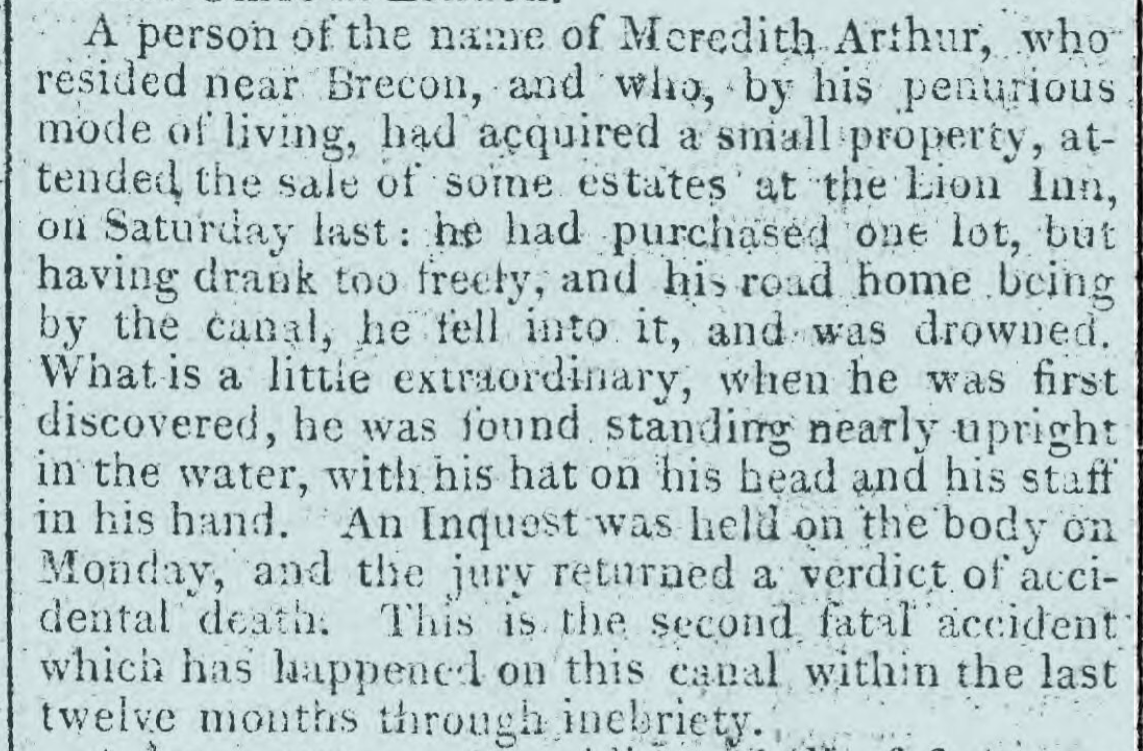 Meredith had been baptised at Nantmel, Radnorshire, on October 30th 1745.

On July 6th 1802 Arthur married Anne Watkins at Llanfihangel Tallyllyn. Anne was born c. 1741 meaning the bride and groom were 61 and 57 respectively. 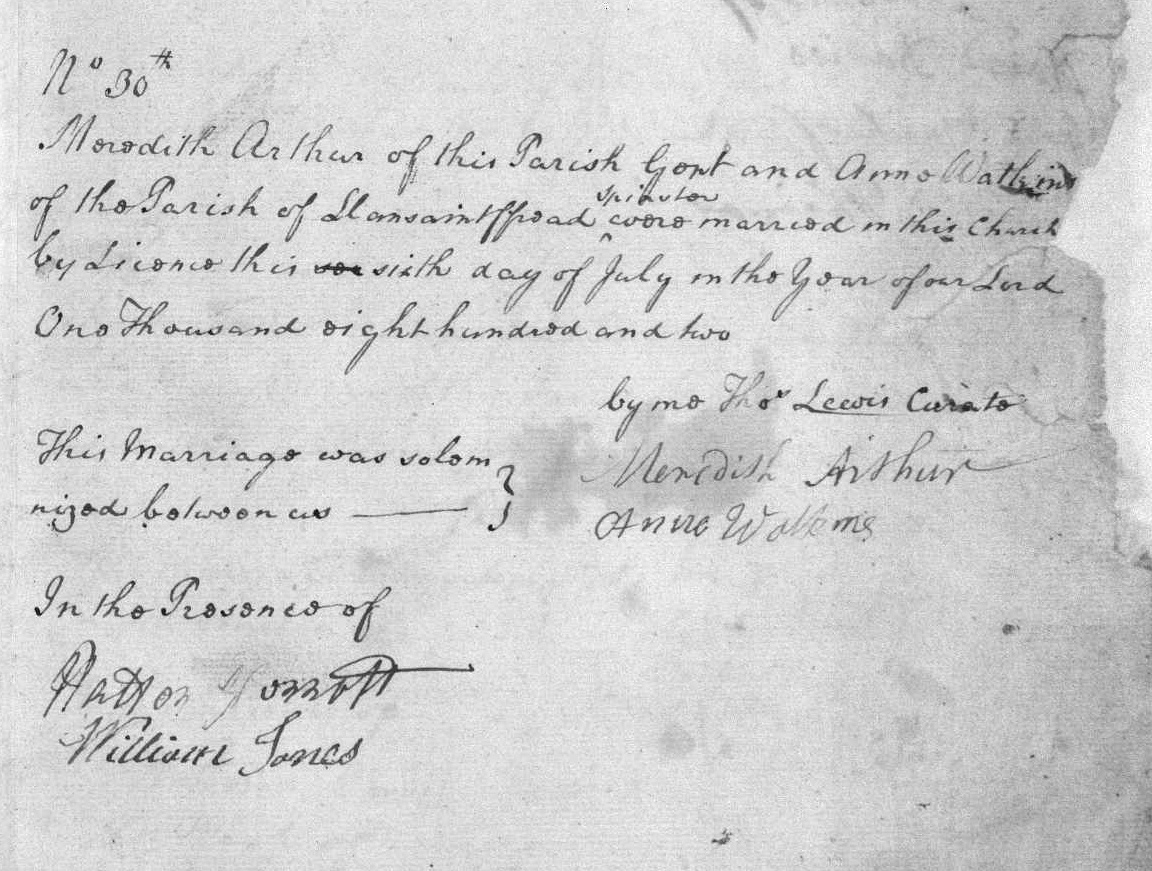 The couple lived together at Llansantffraed in Brecon – until the fateful Saturday (October 12th) Meredith chose to go drinking after purchasing a lot at an estate sale held at the Lion Inn. The inquest into his death was held on Monday October 14th, and he was buried on Wednesday October 16th 1805 at Llansanffraid-Ar-Wysg. The burial register describes him – somewhat unfairly! – as having ‘drowned himself in the canal.’

Anne lived on a little longer but was buried on April 9th 1807. 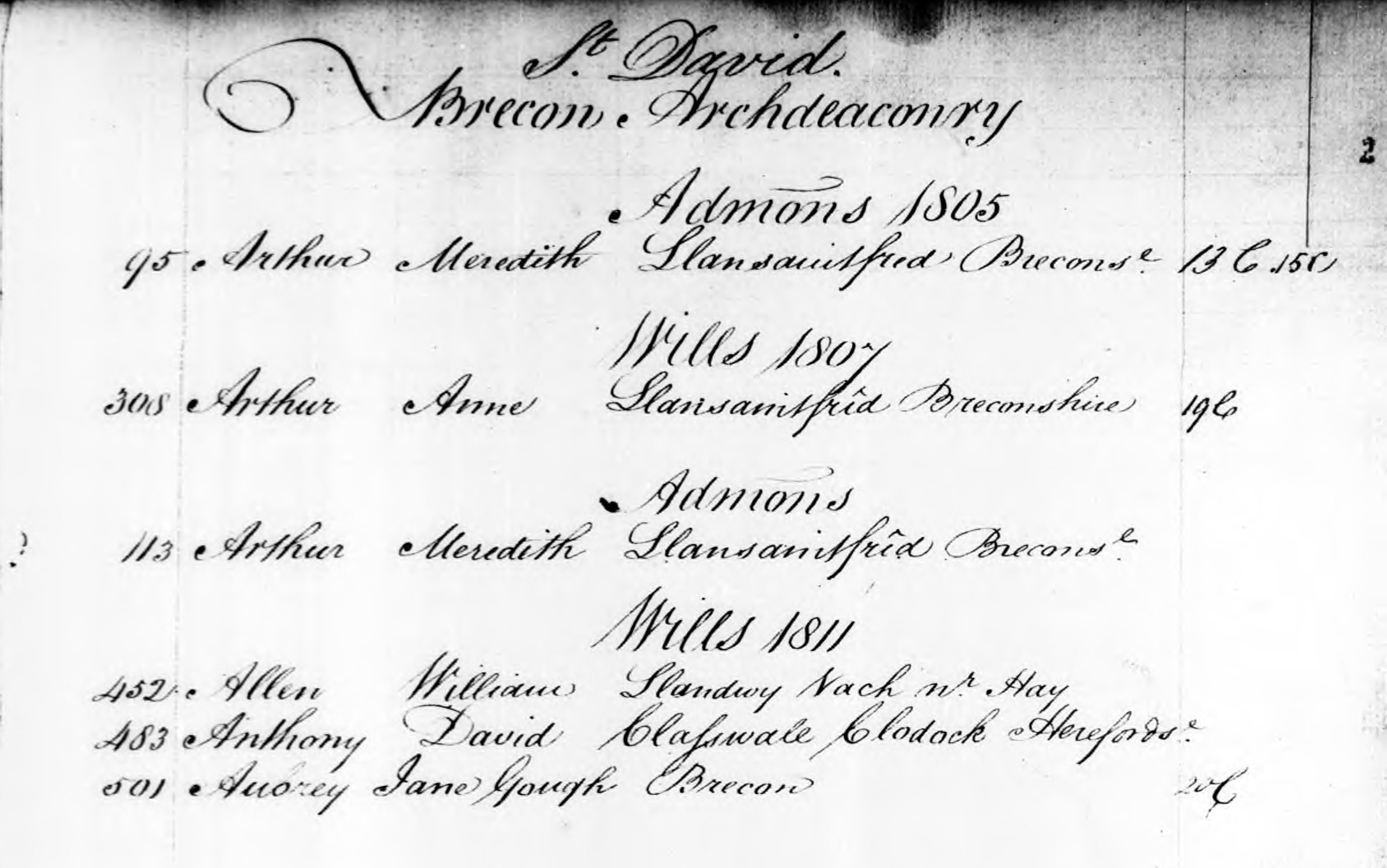