By Latoya Gayle For Mailonline

People from around the world have spoken candidly about the biggest issues they’ve faced while co-parenting with an ex-partner.

Posting anonymously on sharing app Whisper, estranged partners from around the world explained that strained communication with their former partner can make it difficult to maintain a relationship with their child.

Among the confessions is a man, from Arizona, who claims his ex-wife is becoming increasingly jealous of the bond he has developed with their eldest son.

Another parent, from Nevada, claims their ex-partner focuses on asking for money and sex instead of attempting to get closer to their child.

People from around the world took to anonymous sharing app Whisper to reveal the challenges of co-parenting with an ex – including a man, from Arizona, who believes his ex-wife is jealous of the bond he has with their son 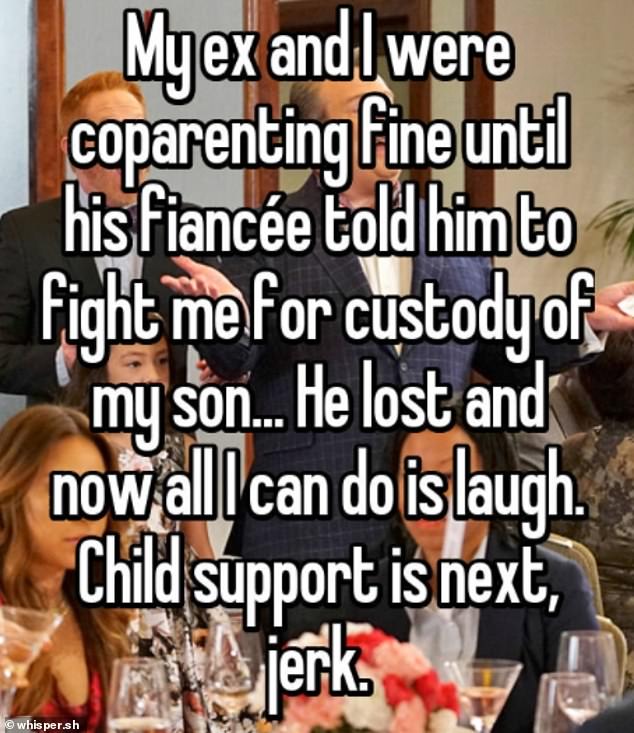 One person, who lives in New York, claimed they were successfully co-parenting with their ex-partner until he tried to fight for custody 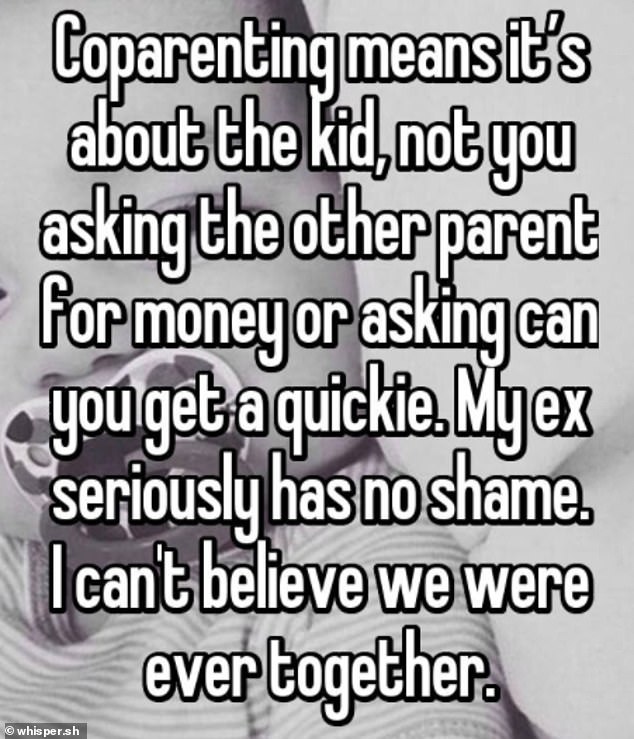 Another parent, from Nevada, vented the frustration of being asked for money and sex when trying to communicate with their ex 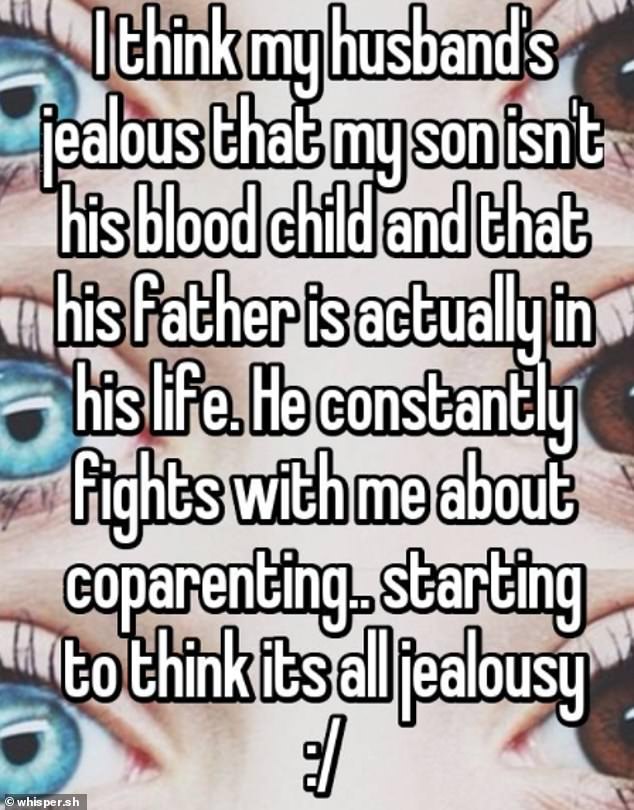 A woman, from Texas, said co-parenting with the father of her child was causing jealousy problems in her new relationship 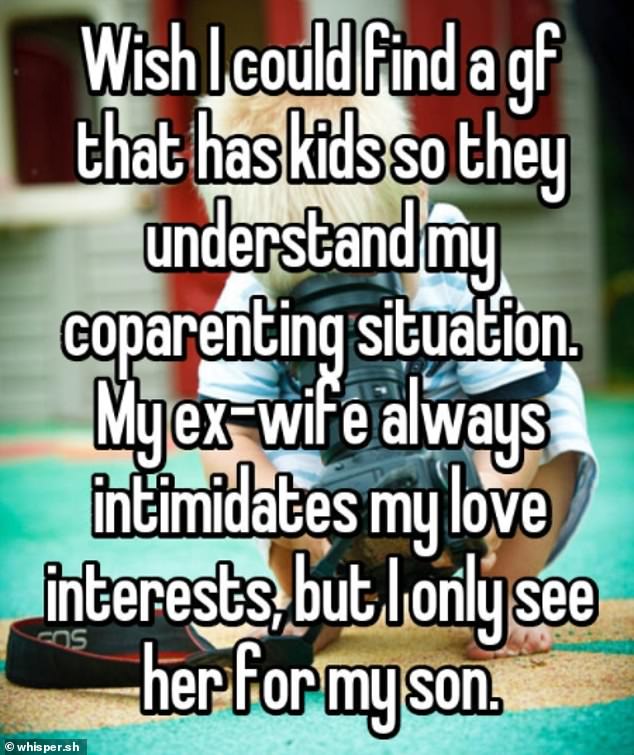 One man, from Arizona, confessed his ex-wife intimidates potential love interests and said he wants a girlfriend who can understand co-parenting 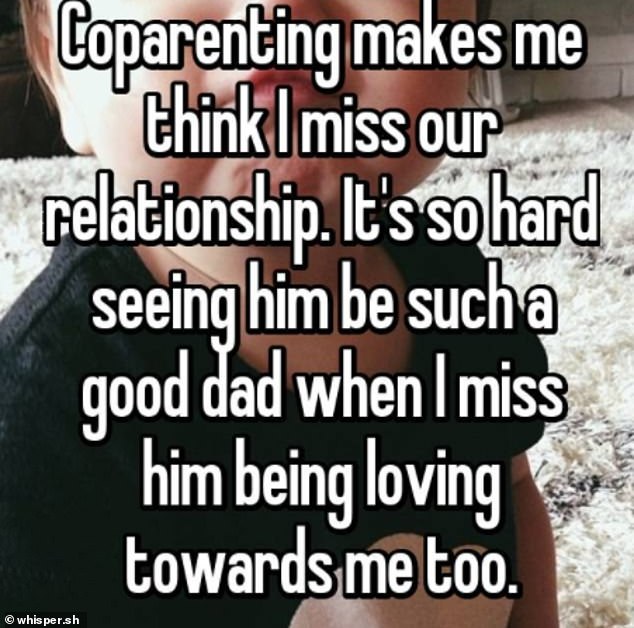 Another woman, who lives in North Carolina, admitted seeing their ex-partner be a good father to their child made her miss their relationship 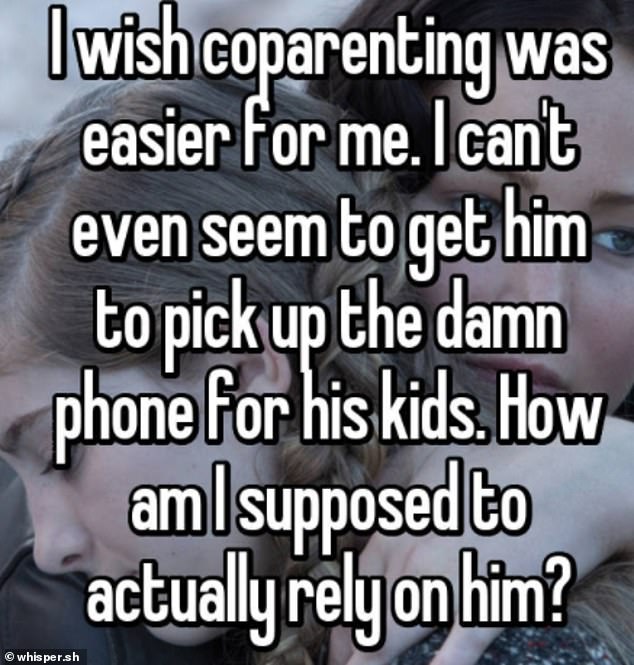 A woman, who lives in Colorado, said it’s difficult to rely on her ex-partner as he doesn’t even speak to their children on the phone 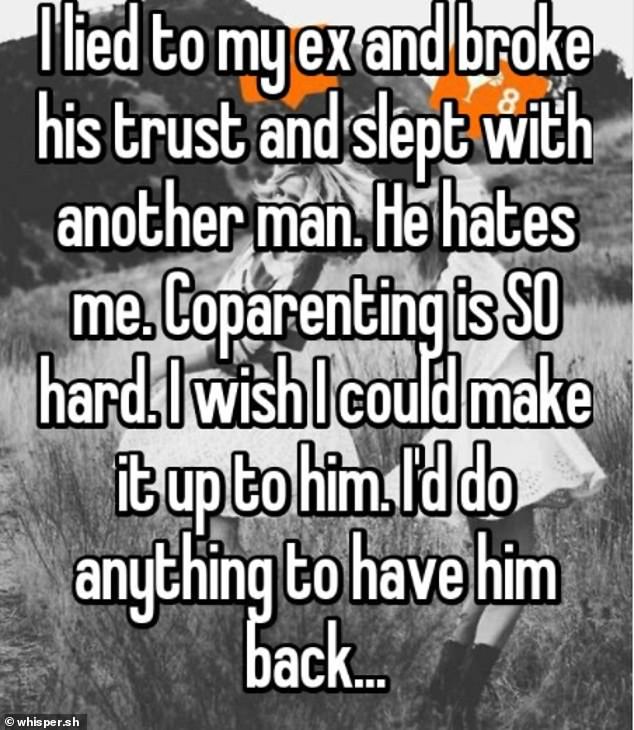 One woman, from Pennsylvania, explained that she’s been co-parenting since losing ex-boyfriend’s trust, however she’d do anything for them to be back together 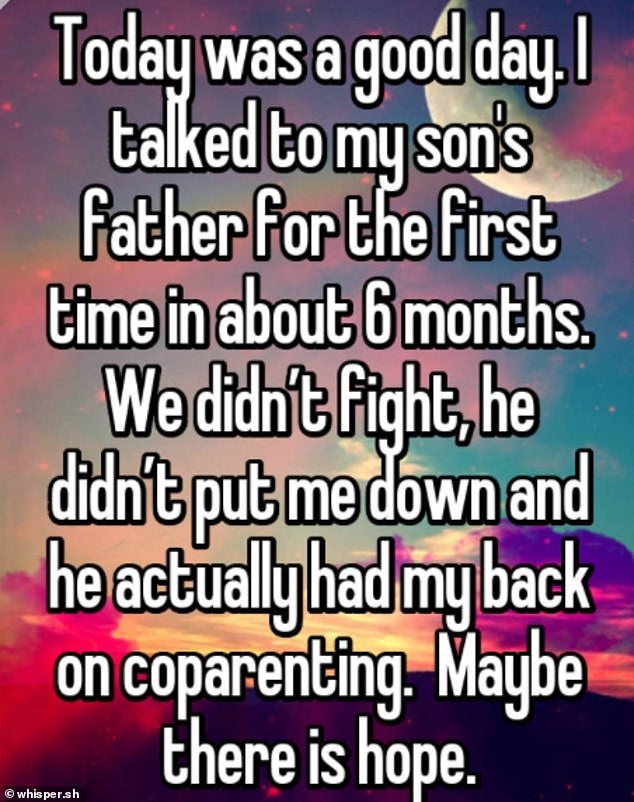 Another woman, from Arkansas, revealed she and the father of her child spent six months not talking to each other 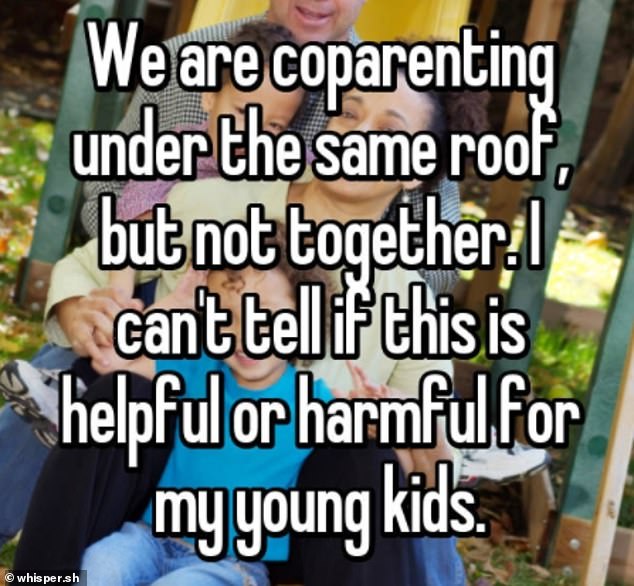 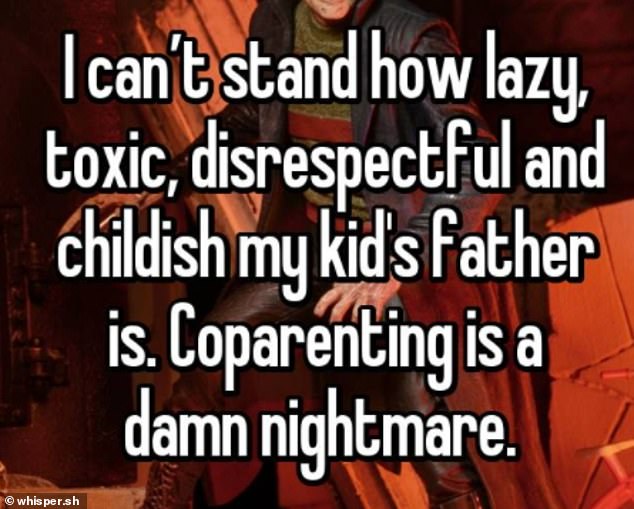 A parent, from California, vented that the father of their child is lazy, disrespectful and childish, which makes co-parenting a nightmare